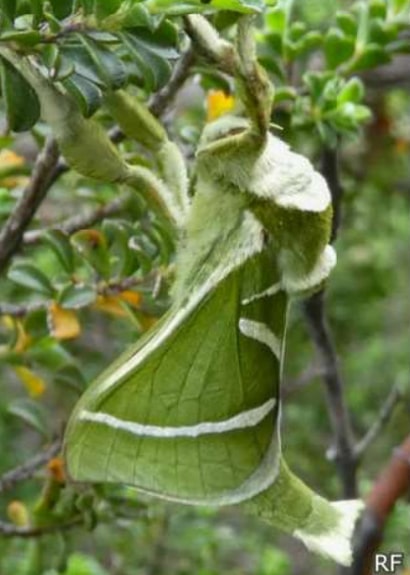 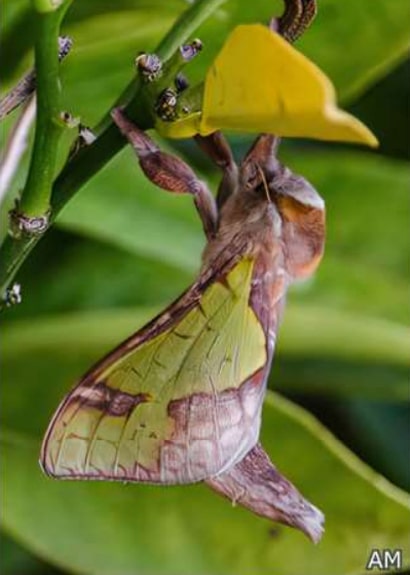 Aenetus ligniveren is a very widespread and common moth known from Queensland, New South Wales, Victoria and South Australia, with an extremely similar species from Tasmania. In the ACT it is found in moist tall sclerophyll forest at about 1000m in the Brindabella Range, but has also been recorded from Mount Stromlo and Queanbeyan. Here it bores principally in Olearia lirata (Snow Daisy-bush). Like other species of Aenetus in the ACT it flies in late spring. The entrance to the larval bore is more elaborate than in A. montanus, with a covering of a finely woven bag of silk and sawdust. This is destroyed by the larva prior to pupation. There has been much interest in Aenetus species because they are large and colourful. The males come to light only sparingly and are most easily obtained by rearing the advanced larvae or pupae in their foodplant stems.